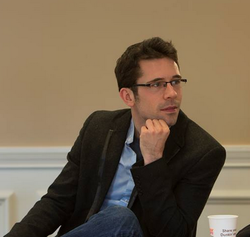 I'm an Assistant Professor of Behavior Science at the University of Chicago Booth School of Business, where I study how culture affects the way we behave. I studying how rice and wheat agriculture have given northern and southern China two very different cultures, including whether people move chairs in Starbucks.

That all started in 2007, when Princeton in Asia sent me to teach high school in Guangzhou. Since then, I've lived in China for four years, most recently on a 2012-2013 Fulbright scholarship and as an NSF Graduate Research Fellow.

I've worked as a freelance journalist based in Beijing, and I founded Smart Air, a social enterprise to help people in China breathe clean air without shelling out thousands of dollars for expensive purifiers. This Atlantic article explains the odd, accidental journey pretty well.
Powered by